April 17, 2016
I have learnt a lot this weekend. Including the fact I should not keep fish as I have now killed them all of. Yep, 6 fish in 4 months. That I do not have much patience when tired. That I cannot stand Justin's House, and living with a toddler who is on one is bloody HARD. They constantly need feeding, even though whatever you give them will not be the right thing, they are always are whining, and there sole mission from waking up until they go to bed (and afterwards) is to make sure you cannot get a single thing done. And sometimes I don't really like my child. 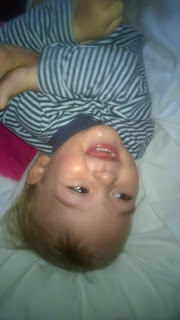 So with it being Elijah's OP anniversary (part 2 coming soon) I am a tad on the emotional side as it is (Greg has been keeping me pacified with Galaxy, Bad Girls re runs and Die Hard) but my lord its like Elijah has turned into a full blown little (insert your choice word here) 'darling' leaving a trail of sleepless nights, crumbs and mess in his wake like a herd of effing wildebeest have been through my house. It is like he has turned into a defiant teenager overnight and has stopped listening to a word I say. At nearly 19 months we have hit the terrible twos. Trust him to do it early.

Before I had a child people used to toss this phrase 'terrible twos' about, and I didn't take much notice. But frigging hell they should do an ante natal class on it, to pre warn you its coming! I believe they currently consist of;
*Touching everything he is not meant to
*Throwing everything (including at my head).
*Tantrums
*Wanting to live of Jaffa Cakes and Party Rings.
*Terrorising the pets- poor Gingey the hamster was his victim this week by being thrown in her ball on the floor.
*Lobbing all food (normally healthy) onto the floor or sofa.
*Sudden laziness where said toddler cannot do anything for himself including reaching for the cup that is 2cms from him.
*Shouting and screaming
*Whining- OMG THE BLOODY WHINING.
*Climbing on everything and anything and generally trying to brake a bone or give me a heart attack.
*Trying to smash the new TV or any technology in the house for that matter.
*In not such polite terms being a little shit. 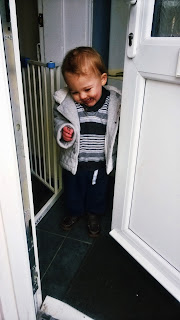 Today has not started well, first of all Elijah has decided that his eyes, arms and legs don't work at night time. So when he wakes up in the night and has lost his dummy which is normally under his chin, he cannot possibly get it himself. He will proceed to sit up and crine (cry and whine) until I stumble out of bed to shove it in his gob. He then proceeds to fall asleep straight away. I was up 7 bloody times last night! 7!! Cue a grumpy and slightly less tolerant mother today.

In the three short hours he has been up, there has been much noise and destruction in the house. Like a herd of bloody wildebeest have stampeded the house. A whirlwind involving Barny's, bananas, blocks and Mr Tumble. I have just sat in part of Nutrigrain he has kindly left on the sofa. He is now trying to push Thomas the Tank into the new TV after chucking an entire orange on the floor. The tantrums as well, half the time I don't think he even knows why he is throwing a wobbler but my god when he does, he does. I love my child, I really do more than anything, but that noise when he kicks of... starting with a whine and then slowly upping the pitch into a harpie wail,  I am not ashamed to admit I can't stand that noise. Not one bit. It makes me want to put him outside in a box with a 'free to a good home' sign on it. 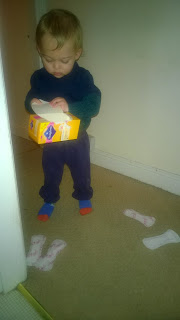 Counting to ten does not work. Jesus it does not. Don't tell me too or I will kick you in the crotch. When you are sweeping up yet another crushed in biscuit from the floor, or picking your toothbrush from the bedroom floor AGAIN after you told him to leave it alone makes me want to SCREAM! Now and again during a normal day you may have the odd kick off or wobbler. But this weekend it is something else, it is ALL DAY!! I am half the woman I was on Friday. I am traumatised. I want to hide in the cupboard under the stairs and eat cheese. I feel like I have been kicked in the face by those little punching men toys.
I am trying to figure out what has changed by lovely little cherub into a demon although I have for sometimes been thinking the signs of him being Damien from the Omen have been there. Now, Elijah is a clever little bugger, no idea where that came from. He is quite forward and is currently having a vocab explosion, he is picking up new words everyday. I am trying so hard not to swear, so far it's not going too well. He is learning songs, I am quite proud to say he knows the whole of the Swashbuckle Salute complete with actions. He has learnt the word 'NO' and what that means. He knows if he does not want to do something. Or to sound cute by saying 'OH NO' when he has cocked the TV up with the remote again. Physically he is learning new skills as well, he can now walk down the stairs which is great until he tries to grab the stairgate and swing on it like Tarzan. Elijah can now climb on pretty much anything including standing on the coffee table and laughing like an evil genius when watching Paw Patrol (Damien!). 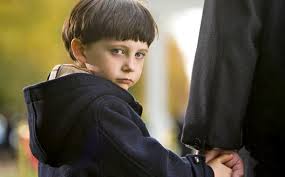 In the midst of clearing up food, watching 'PEPPE PIG' for the 100th time and trying to stop him dive bombing off the sofa this weekend has killed me. Mentally and physically. He is officially a toddler and a handful of one at that. I sort of wish they would invent giant toddler cages we could put them in... bit like a hamster cage with a wheel. It means my house would be a lot cleaner. I have to say it is very exciting seeing him learn so many new words and skills, but I do miss the little blob he used to be. It was a lot easier then!
This is where as a parent I am conflicted, you love the little buggers to death but after using your 'MUM VOICE' for 2 straight days and feeling more like a zoo keeper than a Mum you sort of a little bit want to shove them in the garden and hide in the shed until Monday when you go back to work. Then they do something sweet like say goodbye to Mr Maker on TV that you then think oh well who cares he has just thrown a bit of cheese on toast at the cat? 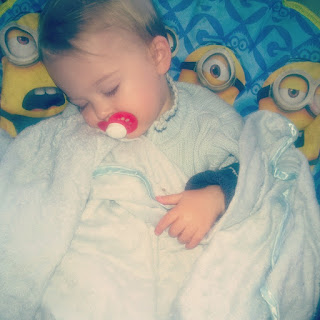 I think as a NICU Mum and the fact he has gone through what he has, I am a bit of a soft touch. I probably let him get away with a lot more than he should, and have created a rod for my own back. That was my choice, I think I feel too guilty. I am so grateful he is okay, I am. However  I am also human, and a normal mother too. Toddlers are more unpredictable than a hormonal teenager. I am worried he may have my temperament as I have been described as Bambi on oestrogen before. One minute he is wanting to fall asleep on me and I am sneakily smelling his hair.... the next I want to list him on GUM TREE as he has kicked me in the gut repeatedly. 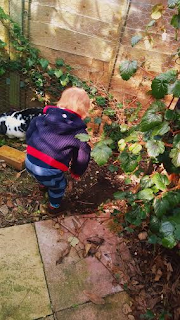 So living with a toddler is really like living with a wild animal;
*Neither are toilet trained
*Unpredictable sleeping patters
*Erratic behaviour.
*Eats everything they want to, disregards what they don't anywhere and everywhere.
*Can turn viscous when provoked (like asking them to get their shoes on).
*Does not respond well to instructions (like don't put your finger in the plug).
*Takes things that don't belong to them and hides them in weird places. 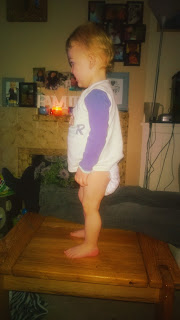 I could go on and on but Elijah is currently standing stuck in a toy box he has climbed into and his wailing like a banshee. He is so high pitched I think he is setting the dog off next door. This is very much interrupting me adding an advert on Gum Tree.