We are outta here!


Today we had a hospital appointment, this was a pretty big hospital appointment as although nothing is ever certain, I was fairly sure we would be discharged. I  learnt very early on in our hospital stays in both NICU and GOSH, that things don’t tend to always go to plan even if you have a ‘feeling’. I have to say the last time I had this ‘feeling’ was when I was 6 weeks pregnant and had a bleed. We had to go and have a scan at the early pregnancy unit and there he was, my little jelly bean on the screen flickering away. But being a NICU mum/ heart mum, although the ‘feeling’ was there, I didn’t want to get my hopes up in case we were not discharged today. They advise you in NICU not to be disheartened with setbacks (read how I really feel about this in my guide to surviving NICU), but I just knew deep down how crushed I would be today if we did not hear those words, and that another appointment was being scheduled. 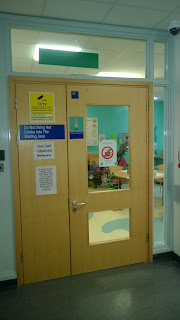 Elijah has been under the care of the Norfolk and Norwich Jenny Lind Children’s Clinic to monitor his heart (which since surgery has been taken over by Great Ormond Street) and to keep track of his development. As I have previously stated (click here to read Elijah’s admission to NICU) Elijah also suffered from a Neo Natal stroke. This basically means he had a bleed on the brain. They still to this day do not know what caused this, however they suspect the delivery. The reason they found out he had a bleed was because he had seizures. These stopped as soon as he was put on anti-seizure medicine. I will never forget when they told us about this. They took us into a side room in NICU this was after we had already been dealt the devastating blow Elijah had a heart defect and two doctors sat us down to explain. They went on to further say because of this, Elijah may not reach the normal milestones, he may be brain damaged, disabled, may not ever be able to walk and talk. Only time would tell how the bleed would truly affect him. 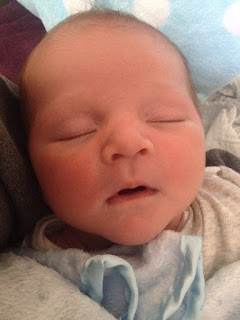 When you are pregnant, I believe there is a lot of pressure and worry placed on you when you approach your anomaly scan. Bear in mind Elijah’s heart defect was never picked up, and we were repeatedly told he had a great heartbeat. You are bombarded with information about having all of the screening tests they offer even though for a small percentage it can lead to miscarriage. Now, I denied all of these tests and I thought what would be would be.
However, you never truly expect you would have to deal with the fact that because of YOUR delivery you may have unintentionally left your child with brain damage. You may have left them disabled. This is a guilt I still feel to this day, that he had that bleed because of me. Of course, I couldn’t have done anything differently and it may not have even been the delivery that caused the bleed. I will always feel responsible for this and it was only me that delivered him. 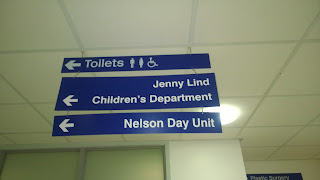 It is one thing to be coping with the fact your child needs surgery, (read here to the one with Elijah’s surgery) it is quite another that they may have brain damage. I had visions that our house would need to be adapted, that I may never hear my son’s first word. That he might never take his first steps. Some children a neo natal stroke does affect them in any way, the bleed breaks up and it is like they have never had it. In some it does have complications that last well into adult life. Before Elijah’s surgery he had a blood test to see how the clot had broken up, and has had scans on his head to check this as well. All came back clear.

Lucky for us, Elijah never had a problem developmentally, he kept up with others of his age group, and even began creeping ahead in certain areas. I believe for us it was down to the bond he had with his nursery keyworker, and the amazing facilities that they have. Attending there practically eradicated his separation anxiety and he began to build bonds and trust others. They never came to us to say they think Elijah has a problem, and have always supported us. I really do owe them a hell of a lot. To Kerri his keyworker, I don’t think Elijah would be where he is today without your help, support and encouragement, so thank you from the bottom of my heart. 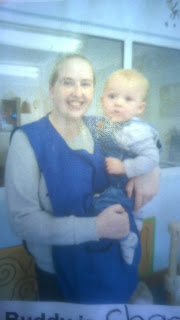 So, that brings us to today. The big appointment, the high expectations, the crazy neurotic mum anxiety. The will we, won’t we questions that have been plaguing me for the last few days. We have attended these appointments since his birth with the same Doctor that actually came to my bedside that fateful day to tell us about Elijah’s diagnosis. He has been with us since the beginning and is a lovely man. I have always felt at ease with him, and he has always told us the truth, the good the bad and the ugly. Every few months or so we have attended the clinic and Elijah’s weight, height and head circumference are measured. We were pretty well prepared for this however it slowly has got harder and harder to keep Elijah still as he has grown into a toddler! We wanted to impress, we took Elijah’s learning journey’s from nursery. We were pushing for a discharge! At Christmas he very nearly did it then but as Elijah wasn’t quite 18 months he just wanted to hang on that bit longer as from birth to 18 months is generally when a problem could emerge.
I had the familiar knot in my stomach I get with every appointment we attend. The chunky monkey is a good weight, height etc. and then we were called in. We told the Doctor of the things Elijah is now doing since we last saw him, and showed him his nursery books. He was very impressed it felt more like a catch up then a hospital appointment. He then turned to ask us if we wanted to continue seeing him or be discharged. As I am so happy with the nursery and how they monitor Elijah we opted to be discharged with his full approval and agreement! We are no longer part of the development clinic as Elijah just doesn’t need it. I felt beyond relived, it means other than an allergy appointment we do not have another hospital appointment until Jan 2017! 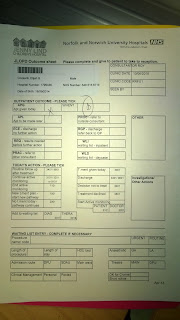 It is an amazing feeling to know that you do not have to mark the days, weeks, months off until the next appointment. That we can go on and enjoy the summer (I use that term loosely with the so called weather) we can plan a holiday! We completely missed out of spending time as a family last years with his post op surgery recovery and an array of appointments but we can finally begin to start a new chapter of our lives. It seems Elijah is really taking the bull by the horns at the moment he is settling in well to be moved up in nursery, he is making friends, even braved a blood test today (it wasn’t pretty though) and has declared this afternoon he doesn’t want to wear his nappy. The big boy pants are out and the rather snazzy purple potty is sitting proudly covered in Peppa stickers in the middle of the floor. He doesn’t do things by halves does he?  From what he has been through, this sproglet doesn’t half surprise me every single day. I am off to weep in the corner about where my baby has gone and to have a small Gin (Am i kidding anyone with the ‘small’?!). 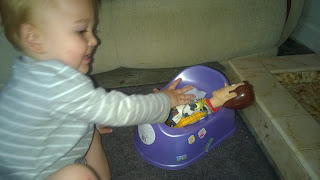