What sort of world have I brought my son into?

June 14, 2016
I, by in no means regret the birth of my child, in fact although we went through a traumatic journey he is by far the best thing in my life (click here to read Elijah's admission to NICU). He makes me smile, laugh and has made me realise that I really can love something so unconditionally I think my heart will burst! With the intense mother-son bond we have, I am also very protective of him. It is a parents’ job to protect their child from harm, from any danger and to support and encourage him to be the best person he can be. To teach him that he can be open minded, accepting, and kind to everyone. To not judge others for what they look like, what they believe in or where they are from.


However, nowadays I am finding it harder and harder to feel as a mother that I can keep my son safe. As a result, I wonder what sort of world is he really going to grow up in? You envisage your child becoming president, fixing the world’s problems with his Nobel prize worthy ideas and philosophies but will there even be a world left for him to grow up in? We are not born to hate, to judge so why do we feel the need to impart this on our children? For them to pass onto theirs? Should we not be encouraging the next generation to be open minded, kind and accepting? To stop this cycle of hate and killing? 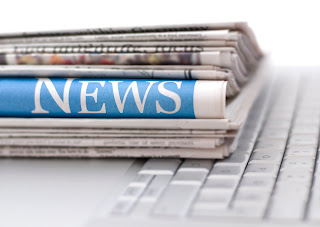 Do you remember the last time you watched the news or looked online without reading there had been a mass shooting somewhere, a terrorist attack there or that’s someone senselessly lost their lives? I do not. From what my son has been through I have seen first hand that life can be unfair, that it can be tough but does this make me hate everyone no. In fact, it is the opposite since Elijah’s op (click here for Elijah's surgery story). I have been more open, less judgemental and more understanding of others. I believe it really has made me a better person. Elijah has made me a better mother. But why are so many people because they have had a traumatic incident in their lives turning to do such cruel thing? Why after finding something they truly believe in feel the need to wipe out hundreds or thousands of lives?
I had been offline for most of the day, the first thing I was greeted with when I went back on was the horrifying attack in Orlando in a LGBT club where a lot of people lost their lives, apparently an ISIS attack. Let’s not forget the Paris and Belgium attacks that have all happened this year along with so many more. Those people that lost their lives, they could have been mothers, fathers, someone’s child, uncle, sister. Because of a few individuals crazed idea of justice families have been ripped apart. 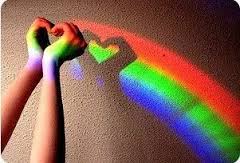 Euro 2016 has started, a worldwide event to unite us all, for us all to celebrate our counties and join together. But already violence has broken out amongst fans. For what? What is this really going to achieve? Do people think this is a viable outcome and suddenly because of this their country will now win? I would really love to know what honestly goes through these people’s heads. Are they fathers? Sons? Have they got a family at home, that they are thinking of whilst kicking someone’s head in? Do they think that this will show them to be the superior country? Who bloody cares? Can we not just enjoy these things for what they are? Why is it we continuously have to resort to violence when it will not achieve a single thing in this context.

What is this teaching our children? How to behave? How to act and being tolerant of others? What it is teaching is a culture of hate, violence and judging others. There has recently been a child who like many others have lost their lives to a ‘choking game’ where children as young as 10 are depriving themselves of oxygen to get a ‘high’. The peer pressure these kids are facing to take part in a fatally dangerous craze is beyond reason. With technological advances, comes new ways for children to have access to the senseless violence and crazes they seem to take part in. Cyber bullying has robbed so many children’s lives because a few cruel individuals target a vulnerable child who obviously felt like they had no way out but to kill themselves. I am not sure if you remember a while ago there was a group of teenagers who all took part in a suicide pact? They all killed themselves within weeks of each other, after all communicating online to do it. 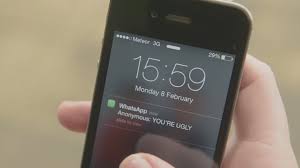 It seems to be acceptable to judge others for all manner of reasons. Where a child could so mean to another that they feel the only way out is to end their lives. How exactly do I protect my child from this? Ban him from watching the news, going online and talking to anyone ever again? No matter how hard you try, how many parental controls you put in place they will still be exposed to this.
I also know there is a lot of good in the world, the 90-year-old war widow selling poppies in the rain in honour of her husband, the people shaving their heads to raise money for charity, those donating to foodbanks or helping those less fortunate than themselves, the strangers helping breastfeeding mothers to eat their dinner while nursing, to the mums and dads becoming a united and supportive network on social media. I have received overwhelming support from my lovely Instagram family whom I have never met but talk to nearly every single day. To those which don’t judge, who remain open minded and help support others. This what I want my son to see, to take example from. 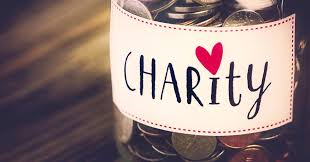 I will highlight these to my son, to encourage him to do the same acts of kindness we have received. When you watch your child go through something like open heart surgery at such a young age you appreciate these things just that bit more. I feel like it is an important quality to be honest, to say what you really feel and to not be ashamed of it. But sometimes, the phrase ‘If you haven’t got anything nice to say, don’t say it at all’, should really be put into practice. Maybe if we all spend a bit more time being kinder, the world wouldn’t be such violent one, and instead it is the acts of kindness and charity that are the headlines rather than the mass destruction we are seeing. That in itself is a very sobering thought and I do hope it is the type of world my son can grow up in. 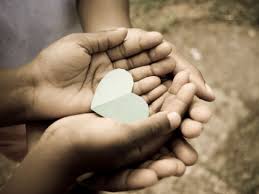