August 09, 2016
When I first started the medical files, I really hoped it would help others going through the same thing. That by reading others stories it would make them feel supported, comforted and most of all let them know that they are not alone. All of the stories so far have touched me, but this one slightly more so, as it is very much closer to home. I met the lovely Fran via my partner Greg and I learnt a few months ago she was pregnant, then before I knew it she had her baby girl early.

Not just a few days early, or a week early but at 24+1 weeks. She was in NICU, the very same NICU my baby boy was in two years ago. I checked in with her when I could, and followed her updates closely, and have her to thank for inspiring me to make a little project into fruition after she received it, and loved it! Her beautiful little girl is now 2 months old and nearly ready to come home, where she belongs! This is Fran's story of Esme's  early arrival, in her very honest words. 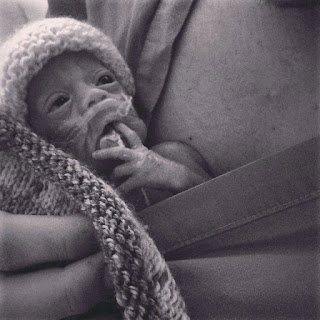 From the second I laid down in that dark ultrasound room, and saw her tiny heart beating away, my life changed. The overwhelming love hit me all at once, and after that I couldn't wait to see her at the 20 week scan. I was very nervous second time round, but was very happy to know that all of her organs were normal, that heart was beating away still. 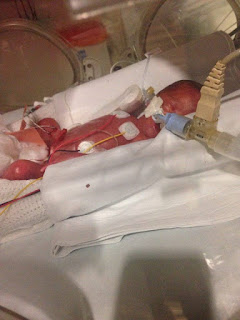 The weeks went by of me panicking every time I hadn't felt her move for a few hours. I was so exhausted- but aren't all pregnant women?? Then 24+1 weeks... Tiny bleed, up to hospital to check it out. I knew something was up, but sitting in that waiting room for 6 hours, I never expected what would happen at 9pm... She checked her heartbeat.. All fine. Then with horror in her eyes she told me that I was 2cm dilated... They started preparing for delivery. 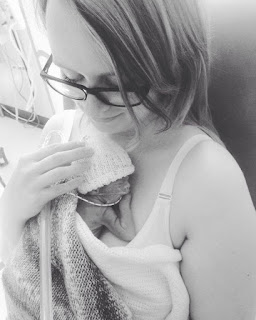 The Doctor came in and did another scan to check she was head down- which she was.. I had a Cannula shoved in, and a nasty steroid injection. It was 100 miles an hour, and all I could see was mums worried face. The baby doctors then came over to speak to us and the devastation they left it still ringing in my ears now. If she hadn't been breathing, they would have let her die. No mother wants to hear that. Especially after you've planned your future, put all of your love into her, and she's given you a reason to get out of bed in the morning... 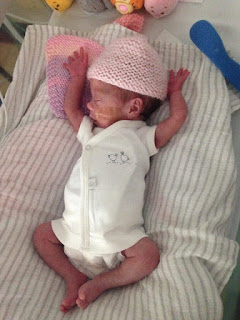 Luckily she heard, and decided to stay in my tummy and grow for another 2 weeks..
When that day came, I couldn't cope anymore. I knew my body couldn't carry her any longer. I thought I was losing her, I didn't feel right. At 16:30, the midwives knew something was up. I was 4cm, and my waters had gone. Again the worried look on the doctors face... She did a scan, and her heart was still beating away, and she still had some fluid left to cushion her. Another Cannula... Then over to delivery suite. 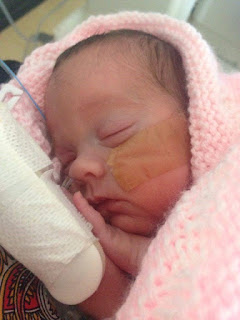 Never have I seen a more negative person hook me up to the magnesium drip (for Esme's brain), after all it was me in labour and I was positive, holding in the pain of the contractions. The midwife was useless, negative, and I did not want her delivering my baby. The doctors came back 10 minutes later with panic in their eyes. He sat on my bed and explained that I had a life threatening infection Chorioamnionitis. If my labour didn't hurry up, I would have to have a C section- a very dangerous operation at 26 weeks. So both ways our lives were in danger. Mum told me not to panic, she kept me breathing through those contractions. I had 2 lots of antibiotics put into my cannulas, as well as paracetamol (that was all the pain relief I had 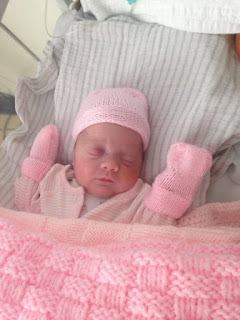 At 20:00 things changed, the last of my waters went, and I knew she was coming. The pain was excruciating but it didn't matter. Hearing she was born in her fully intact sac gave me hope, hearing she was a girl also gave me hope. But it felt like those doctors were working on her for hours. I couldn't look. One of them came over and said I could see her. They brought her too me, but I was so scared to look in case she was scary. She wasn't... She was perfect in every way with her little pink hat on. I will never forget that day. The best and worst day of my life. 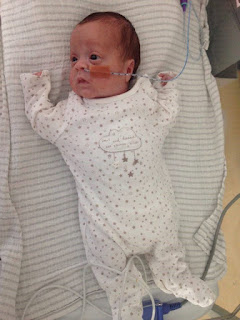 Since then we have had so many ups and downs, each day has been a blessing. I've seen her change so much over the last 9 weeks and 2 days, and I feel honoured to have seen her grow. We have an unbreakable bond now, and as each day passes we are one step closer to being together again. And I truly cannot wait... The love I feel for her in endless, unconditional and unexplainable

Fran would like to thank Bliss for all of their help and support, you can do your bit and help contune this amazing charity's work by buying a NICU Mum bracelet! 10% of each one will go there! click here to order!