I believe there is always that one person you know who will encourage you to go outside of your comfort zone, to push you that bit further. To challenge yourself and go to a point you haven’t been
before. For me that lady is Nina. A blogging mentor, she has been there for me since the very early days. She isn’t afraid to criticise (in a good way) or suggest things I have not even thought about. Our first collaboration went well so it was only a matter of time before another would be on the cards. Especially when we talk nearly every day! Problem was, what would it be about? Without a second thought Nina mentioned that word that makes people’s eyes go wide and they shake their heads looking the other way; not wanting to truly discuss the issue. Abortion. 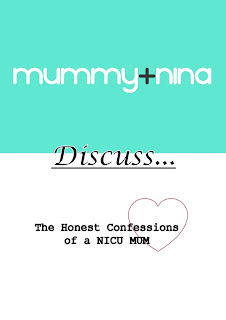 I guess, the question I would ask myself first is am I for or against abortion? Am I pro-life or pro-choice? The answer is I am somewhat in the middle. As a woman, and as a mother I know how hard it is to bring a child into the world. That was a planned pregnancy with the man I am going to marry. I know there are so many other circumstances that it means that it may not be the right time to do this. Would I ever consider this? No. That’s easy to say being in the position I am now. I have a house, I work, have a partner and he has a good paying full time job. If we rewind a few years, perhaps to one of the one night stands I had as a teenager, or to when I first met Greg and we were drinking and going out far too much with no money would I have kept a baby then? The answer is yes I would. If I felt, I could not have raised the child myself I think I would have selected adoption. That however is a whole other issue.

When I was 15 I was in a relationship for 2 years and had a pregnancy scare. The first one. I was overwhelmed, horrified, so many questions. I was so young; I was at school how the hell could I be
pregnant? It was just that, a scare. I wouldn’t have classed myself lucky as such, but it was not the right time. I was an immature girl who most certainly was not ready to become a parent. However, my thoughts were I would keep it, or have it adopted. I wouldn’t have had an abortion. My mother was a young mum as well, she had me at 17 and my nan supported her. I don’t particularly think she wanted me, and it maybe the fact she found out too late to do anything other than keep me. From then on, there was the odd scare here and there normally caused by my thyroid hormones but I never had toface the choice that others do. Should I have an abortion or should I keep the baby?

I would never judge those who have chosen to have an abortion. I believe it is a woman’s right to decide what is best for her. After all it is her body that will grow and carry the baby, and give birth to it. There may be more pressing issues to why someone would want to terminate a pregnancy. It could have been a case of rape, there may be so serious medical complications. I guess what I do find hard is that a father has no right what so ever, even if they wish to keep and raise the child they have no legal right over their unborn baby. I guess if that baby is wanted at least by one party, it has a right to be born. This is where I sway Pro Life. That so many childless couples are desperate to provide a loving and stable home, yet some will use abortion as a form of contraception. There are genuine reasons people may want to abort a child, there are also very selfish reasons. But, ultimately like I said I believe it is everyone’s choice on what to do.

It led me to think what would I have done if I found out about Elijah’s heart condition when I was pregnant. At the first 12, or second 20-week scan? Where legally I could make a choice whether to terminate the pregnancy or not. Would I have? Knowing that at birth he could have died, that he would be in NICU for days, that he would need a life threatening operation? No. From the very first scan (I had a very early 6 weeks one due to a bleed) where I saw that he had his own heartbeat and was inside of me, there was always the option he could be saved. That there was a chance the operation would save his life. I would have done anything if there was a glimmer of hope. I know this is not always the case. Maybe, I would have felt differently if Elijah’s op wasn’t a success. The truth is I didn’t know about his condition when I was pregnant, and I didn’t have to face this choice. I know many other heart mamas who have had to make that decision, and have their babies at full term who have their operations and go on to lead happy and healthy lives. That’s not to say it is the one size fits all end to every story.

Being a NICU MUM there is one thing I have some knowledge of is the amazing work the Neo Natal units do. Elijah was the only full term baby in his room, and there were babies born at 23 and 24 weeks in
there with him. A friend of mine has just given birth to a beautiful little girl at 24 weeks and we are only a matter of weeks before she comes home. It is truly amazing what they can do in this day and age, and although those little ones may need a lot of help they can go on to have a long and healthy life. But, it makes me ask, how is it okay that if a baby can survive that young; that only one week before at 24 weeks you can still legally abort your child? I believe that it is not a ‘fetus’, it is a full formed baby, it has a sex, its own little character and routine. Imagine being that one that has to make these laws. To go into work and debate when is it okay to get rid of your unborn baby? To be responsible for this? How the hell do you live with yourself after that? I do believe, this needs to be reevaluated. If the baby can survive at that age granted with medical assistance, then it has a right to be born.

So, really when faced with the subject of abortion, I am a tad mixed with my views, very much like a good mojito. I am not 100% pro-choice, I am not 100% pro-life. Let’s just say I couldn’t go on a march for either. I am in the middle, sitting on my fence. Like everything else I live by, it is up to you. It is your decision, your alone and not for anyone else to judge. But, they will I am afraid, with such a loaded subject like this. The very words put people’s backs up never mind the fact if you agree with it or not. One way or another it is there, has been for many years, and will continue to be there. I don’t think the very word should strike fear in people in which it does. Like everything, the more we talk of something, the more it becomes an accepted issue people may not fear it so much.
To view Nina's part of the collab click here!
To be taken to look at more of Mummy and Nina's posts click here!
Similar NICU MUM posts
Would you breast feed someone else's child?
Home alone
Mummy and Nina and NICU MUM's other collabs; Family....
A very modern family
Mi Familia