September 08, 2016
I am lucky enough to know the beautiful and articulate Priya from @pabarilife, who kindly let me showcase her amazing post on PND for #PNDAW16. What I love about this piece in the way it so beautifully written explaining both the emotional and medical terms and symptoms I think we have all experienced in one form or another. This post is the perfect example in raising awareness of some of those tell tale symptoms and how to recognise them in others.

Only the second day in and the last thing I expected was to be weeping into a sodden tissue. I should
have been feeling elated, relieved and joyful but I wasn’t. I felt moody, weepy and so irritable. When
the midwife came I slapped on a smile and pretended I was ok. The reality of motherhood had hit
me hard and I was struggling emotionally. My new role as a mum made me feel trapped and scared.
The lack of sleep, the after birth pain, the mourning of my old life and feeling like I wasn’t cut out for
this made me feel like a lesser version of myself.

The childbirth experience was a good one, in medical terms. Touch wood it was straight forward and
pretty quick for a first birth. So why was I experiencing an emotional battering. During the first week
I noticed major changes in my behaviour. Other than my husband and immediate family, I hated
anyone holding my baby. I would watch them as a hawk and try to send telepathic signals to them to
hand her back. I was paranoid about them kissing her and giving her germs. It was so bad, that I once
took her back upstairs and washed her face when someone had kissed her cheek. If she was held for
longer than 5 minutes I would get irritated, and make out I had to feed her. I even had dreams
where I left her on the bed and she fell off. I would throw my arm out to catch her and wake up with
a sudden jolt. Let’s just say I scared my husband senseless the first time I did this. It became obvious
to me that I was suffering from a term called ‘Baby Blues’.

From a rational person I had become a nightmare. I didn’t recognise myself and in fact, I was
becoming damn right possessive. My poor husband was an angel to me. He gave me so much
support, attention and encouragement, that through him I became stronger. I am very grateful for
what he did because I do feel I may have been on the verge of developing postnatal depression
(PND). That really scares me, and if I have to describe how I truly felt after giving birth, then it would be feeling completely and utterly overwhelmed. 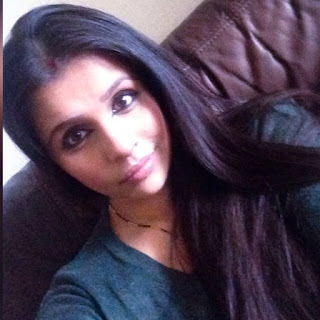 Coming from a scientific background and spending years in research I decided to do some of my
own. I started to read about baby blues and what the symptoms were. First time mums are at a
much higher risk of developing baby blues and even though it does not require medical assistance,
labelling it as real does help to accept it. By the time the 6 week GP check-up arrived I felt
completely like my old self. Those irrational fears had gone and mentally I felt strong. Baby blues is
not an illness but I do feel it is overshadowed at times, and not discussed enough. As mothers or
potential mothers we are aware that PND can happen, maybe because we know someone who has
had it or that you’ve read about it. This has allowed its predecessor to be overlooked and definitely
not explained to you when at the hospital.

I also found that baby blues are so common, that 8 out of 10 mums experience it and it is considered
to be normal. Really? Is it normal to feel anxiety when someone else is holding your baby? Is it
normal to want to be left alone with your new born and husband? I don’t think so. There has to be a
better explanation for all this. So what causes baby blues?

In pregnancy, reproductive hormone levels are 20-30 times greater than normal. At delivery,
hormone levels drop abruptly, along with changes in amino acids and thyroid hormones. The sudden
drop in estrogen, progesterone, endorphins and other hormones may trigger depression the same
way moodiness may be triggered by premenstrual changes. Thyroid levels may also drop sharply
after birth, and a deficiency could produce symptoms that mimic depression.

It is thought to be linked to the hormonal levels changing two to four days after giving birth. All of a
sudden, the body has to make some major adjustments and those pregnancy hormones drop
rapidly. Others that promote bonding and levels of prolactin to kick start milk production increase.
These quick changes in hormonal levels really do play havoc with our mental well being. Besides the
chemical changes there are the emotional changes as well. For example, feeling anxious about the
well-being of your baby, the transition into motherhood or just simply as adjusting to the new
routine can have a profound effect on us mums.

I’m not ashamed to say I had baby blues, and in fact it has made me more aware of the radical
changes we mums go through. With a loving support system I can reflect and talk about this openly.
Some mums are not so lucky and I wish them a lot love and may they find the help they need.

To follow this amazing lady you can view her;

If you would like to donate to PANDAS (Pre & Post Natal Depression Advice and Support) to help them support sufferers of perinatal mental illnesses please text PANDAS £3, £5 or £10 to 70660 or visit their website for further information and support. (Texts cost donation amount plus network charge. PANDAS Foundation receives 100% of your donation. Obtain bill payer's permission. Customer care 01691 664275 Charity No 1149485.)